You are here: Home / Home Improvement Ideas / Garage and Driveway / Should I Repair or Replace my Garage door? 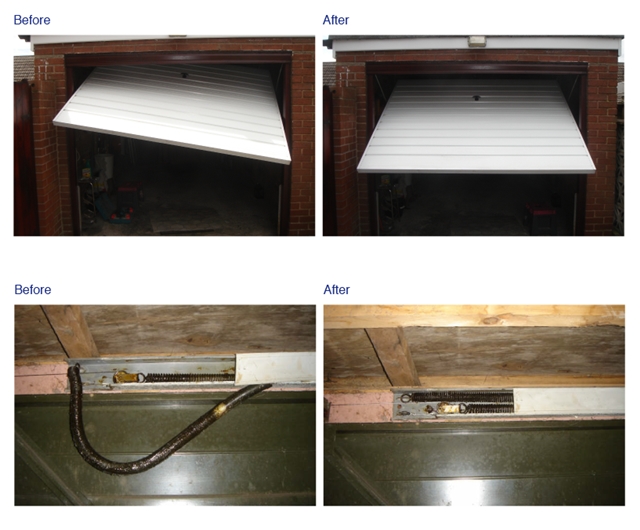 We bought our first house two years ago. In this time my other half has had a new kitchen, bathroom and two new fitted bedrooms, although we only use one! The whole building has been re-plastered and decorated so many times; I’m not sure what colors or patterns I will be going home to! She now has her eyes on more furniture for random areas of the house, antique pine table for the hallway for example, and I felt it was time to make a stand, to concentrate on something which takes something away from our interior efforts. The outside.

The leaky gutter above the kitchen window had been easy enough to fix and a local builder had replaced the broken paving stones. Painting the woodwork had been added to our resident painter’s list; even my trusty lawn mower was kept quite busy. But even with these problems solved, the outside of our home still looked below par. It seemed as though the brand new car, with thousands spent on the house could not solve everything. There was one thing left. The last thing left to do. 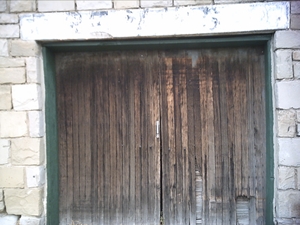 The only part of our home which had influenced me had been the large attached double garage; the rest of the house was her domain. I had marveled at its construction, the matching brickwork and the elegant timbers. At least for the whole fifteen minute viewing, and then after we’d bought the house, I’d cursed the door which was stuck and the other one which screamed every time it was used. My car insurance was higher than it should have been and I was forever getting wet in the rain, whilst hers would sit nicely tucked inside. I was sick of having this Victorian style construction which was inaccessible to my new 4×4.

I tinkered with the mechanism inside, oiled everything and spent many hours spinning nuts and tightening cables. Now don’t get me wrong; I can put up a shelf, but I am no engineer. I could recognize a lost cause when I saw one. I rang three different firms, all of which were advertising garage door repairs. The first two sounded like mechanics. After arriving late, there was lots of whistling and tutting sounds. Neither could give me a quote straight away and when they eventually did, I decided to leave my car on the drive!

The last firm I tried though, surprised me to say the least. They were honest enough to tell me the truth. My stuck door had seized in place and the problem with the other one, the screamer, was actually down to the mechanism. It seemed as though whoever had fitted the doors originally had also fitted cheap drive mechanisms, units not powerful enough to happily move my large ancient doors.

I had two options – repair the struggling mechanism and the stuck door, or replace both doors and both mechanisms. So, to save on money, I had my doors repaired, with my choice of color, style and finish. Matching up and over types, operated with a little remote control that now lived in my car! The firm arrived when they said they would and had the whole job done in one day. My wallet was happy, both cars could be tucked away and now we had the best garage doors on our street, guaranteed for ten years. It only cost a little more for them to change my side door as well, and now that matches too! Even the wife showed an interest; well it was more directed at the new electric awning they had also installed.

If you are at your wits end with faulty garage doors, you can find great deals on garage door repair, maintenance and even replacements online.