You are here: Home / Home Building And Construction / Splendour Of Gold, Marble And… Fired Clay? 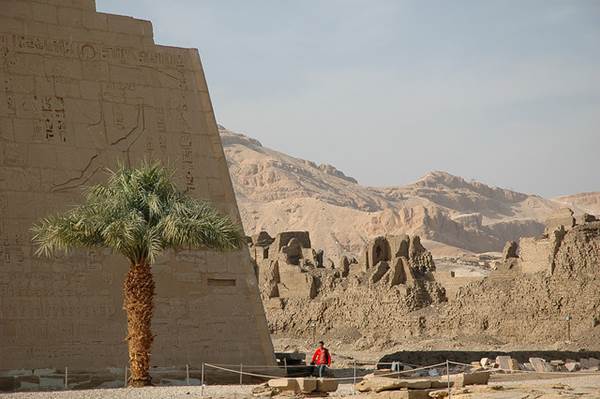 Medinat Habu Temple near the Valley of the Kings, Egypt – The great ancient civilization of Egypt used mud from the Nile and stones to build their magnificent structures. Photo Courtesy: Jay Bergesen

When We Prayed for Floods

Where ancient European civilizations used mostly wood and stone for their building construction, the great civilization of Egypt had no vast forests of trees to plunder for using in their large scale building projects. What they did have though was the life-giving Mother Nile. 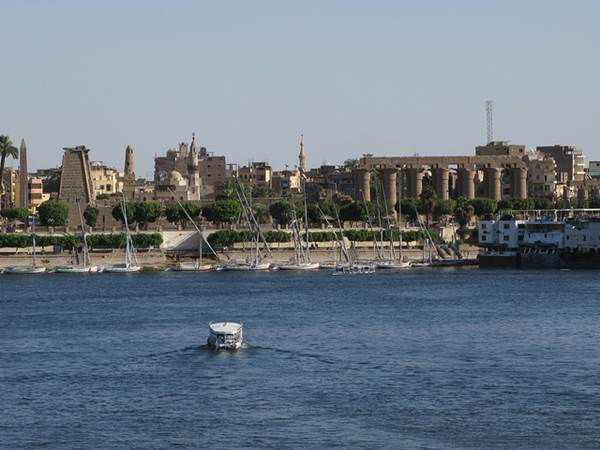 River Nile with the Luxor Temple in the background – Photo Courtesy: Silke Baron

Her yearly inundation provided a great source of wealth for the Pharaohs and it came in an unusual form.  It was the mineral-rich deposits of silt that kept the civilisation fed year after year and Rome would later use her as a bread basket; but it wasn’t just the Nile’s ability to fill the granaries that built ancient Egypt. It was also what she provided to build the granaries in the first place. The annual inundation kept Egypt supplied with mud and with this they built most of the houses and even palaces (because stone was restricted generally to temples).

Egypt did not invent this technology though. That honour goes, as most things do, to Mesopotamia. However, Roman adoption of elements of Egyptian technology after the conquest set the humble brick on its journey through history. 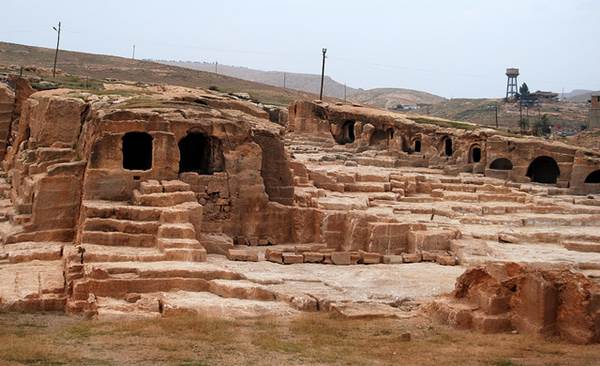 Ruins of Dara – The ruins of Dara are an old Roman fortress that was originally built during the Persian reign in Mesopotamia. Photo Courtesy: Natalie Sayin 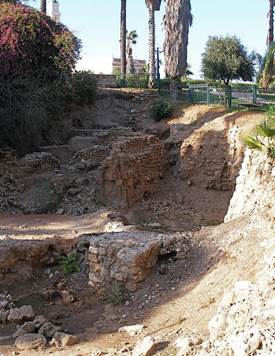 Egyptian bricks were simple affairs. A standard sized oblong block of mud and straw was moulded and left to dry. The hot, dry climate of Egypt made perfect conditions for the baking of mud bricks and the ready supply meant that to build with them was cheap and efficient. Because the Nile runs the length of the country, there was no lengthy and costly supply chain to get them to the major population centres either. Once dried, they were painted white to reflect most of the sun’s rays. We still see this in houses across dry, arid areas such as Greece and Turkey.

Right: In Summit Park, Jaffa, south of Tel Aviv – the highest point of the city, are the excavated remains of a brick wall from an Egyptian fortress built by Ramses II, about 1250 years before Christ. Photo Courtesy: Seetheholyland.net

Most examples of Egyptian mud brick do not survive today as this type disintegrates over time; it is obviously not as durable as the fired clay examples we see later on through history and into the modern day. Yet we do see surviving examples from worker’s villages, from the lowliest peasants up to the higher echelons of society. Modern fired bricks first appear during the Roman Empire, possibly combining the Egyptian building method and their own love of pottery that has led to one of the most notable and durable building blocks of history. 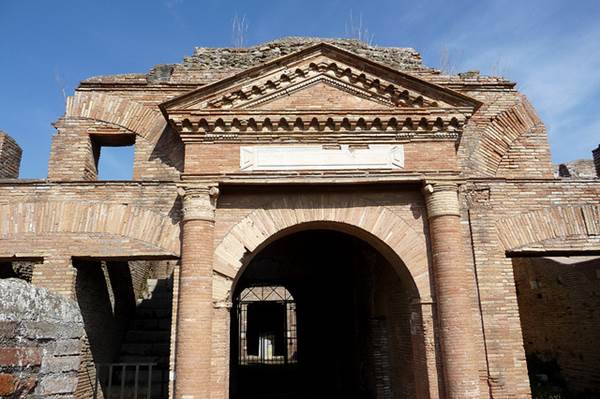 Opus Latericium (Latin for “Brick Work”), dated to c. 145-150 AD, on a building in Ostia Antica – a large archeological site, close to the modern suburb of Ostia (Rome), that was the location of the harbour city of ancient Rome. Photo Courtesy: Herb Neufeld

Rome took the fired clay brick all over the empire and there are many surviving examples today of bricks imprinted with the insignia of the legion that manufactured them. It would be a quiet period for a while after the fall of the empire, though some examples in Germany and Greece remained, Europe would return to stone and wood in the construction of their buildings. Brick became very unpopular during the Renaissance and Reformation period when stone was all the rage and wood was a cheap and effective method of building construction. Brick was so unpopular that such buildings were plastered over on the outside.

There are exceptions; Hampton Court Palace for example is made almost entirely from brick and is a beautiful example of brick building in this period. In the 18th century the brick returned with a vengeance. When the Industrial Revolution came, they could be transported over much larger distances than before and became popular with all classes. Today, brick is still the most popular material by which to build houses. Even with changes in technology and a desire to make houses more energy efficient, manufacturers are driving the brick forward to make it just as relevant and useful as it was to the Pharaohs, Henry VIII and Victorian enterprise.

Nick Thorping dreams of one day owning a house built to his specifications. Choosing from amongst various Brick Manufacturers is an important issue to consider in determining whether such a house is built to suitable standards, depending on climate and other needs.