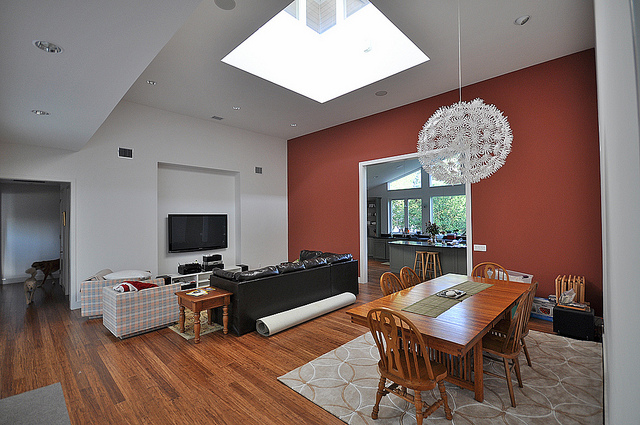 The primary role of a home should, by definition, be to provide a place where people can live. You’ll want your own home to provide a certain level of comfort and functionality for your family.

This doesn’t mean, however, that you shouldn’t also look at the opportunities that are available to you for creating a space that is truly impressive. You don’t need to have a massive budget available to you in order to produce a sense of style.

There’s nothing better than being able to show off this style to others. Friends and family will often be impressed by the improvements that you’ve made, particularly if they know that a lot of thought has gone into the process.

Many estate agents and property experts suggest that great kitchens and bathrooms help to sell properties. There used to be a theory suggesting that these rooms were of particular importance to women.

It was suggested that kitchens needed to be practical, allowing meals to be prepared. Bathrooms, on the other hand, should offer a sense of luxury. They were places that were all about relaxing and preparing for nights out.

In many ways, these thoughts can be seen as being somewhat out-dated. In many modern family environments, men can be expected to do plenty of the cooking. It can also be seen that the role of the kitchen has changed. It was once the case that it was a space that was all about the preparation of food. These days, it’s just as likely that the kitchen will be a central location for entertaining. You’ll probably have noted that many people tend to gather in the kitchen at parties, for instance.

So what does all of this mean in terms of home improvements? I think that there’s still a strong argument in favor of improving kitchens and bathrooms. They still have a strong draw for buyers and are likely to be rooms where you spend a lot of time.

I like to refer to our main reception room as being the living room. Others choose to describe it as being the sitting room, or the lounge. The terminology may change, but many properties have at least one room that is often used a lot of the time.

This is often the place where the entire family will gather to relax. It’s also a space where you may choose to entertain visitors to the home. As such, it’s important that you get things right. You’ll want to provide a space that is comfortable for family members and visitors alike.

You’ll read differing pieces of advice on how this can be achieved. My own view is that it makes sense to add the personal touch. It’s your home and it’s important that it feels right for your needs. This doesn’t mean that improvements can’t be made in an appropriate manner to impress others.

Keith Barrett has recently been purchasing a range of oil paintings to improve his own home. As noted in this article, he believes that personal choices can add a lot to any home.