You are here: Home / Apartments, Condominiums and Flats / The Main Differences Between Community Titles And Strata Titles 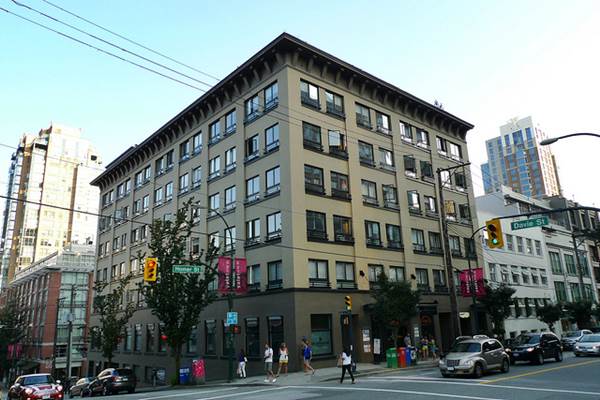 This building, in Downtown Vancouver, Canada, was converted to a mix of retail and condos in 1996 and a part of the City Hall Strata Title Conversion says that , “……The applicant proposes to create a total of 78 strata lots, being 59 residential strata lots and 19 retail strata lots. The underground parking which serves the building will be designated as “Common Property” on the strata plan…….” Photo & Info Courtesy: Jason V

First, you should be aware that both community title and strata title refer to how people live in a community. Basically, in both titles, someone owns their own property, but also that shared space is the common property of number of people who live in the same area or building. Therefore, community and strata titles allow the owner of a property to do what they wish with their own property, such as rent it out, sell it, obtain a mortgage on it, etc.

However, the main difference between the two titles is how they relate to the shared space or common property of the residents. This post will introduce you to the various aspects of community and strata title.

The Legal Difference Between the Two Titles

Before we go any further, it is important to understand a few facts about Australian land law. First, a person will own not only the land you can see, typically on a housing plan diagram, but also everything below it and above it. This is referred to as owning an interest in fee simple. However, strata title simply provides ownership of the land that can be seen on a diagram, and therefore the space below and above the land is once again common property. With that being said, community title means that an individual owns the land, everything above it, and everything below it.

Strata title is typically used in buildings, but also often in villas and town houses. With a building, such as a block of flats, it is easy to understand the rules pertaining to common property both above and below the “land” (the lot/flat in which someone lives); however, it isn’t so easy to dissect when looking at villas and town houses. The airspace and space below the ground of a villa will be viewed as common property and therefore ownership is shared between the community. The lot owner simply owns everything inside their four walls, but connecting walls with another property are once again common property. This would mean that if someone wanted to extend their villa by adding another floor they would require permission from everyone else in the corporation.

There also happens to be three different levels of community title – namely, community, precinct and neighbourhood. A large building may be required to be broken up into numerous areas for a variety of reasons. The most common reason is staged development, whereby properties are built one at a time and sold once they have been completed. Then again, it may simply be because the overall complex is huge and therefore is divided into separate sections.

Without wishing to complicate the process any more, the best way to define the difference between the two types of title is how common property is dealt with between the various people who live in a community.

Luke Harvard, the author of this article, works with i.fresh strata, a leading strata management company, based in Perth. He loves cycling and enjoys playing sports, especially hockey and rugby.