You are here: Home / Archives for Elan Mcguar 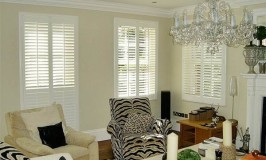 For centuries, shutters have been used to protect windows on the inside as well as outside of homes. Possibly originating in ancient Greece, window shutters soon became popular in the Mediterranean and became the main decorative elements in smaller houses in England by early 18th century. The Spanish, while colonising the Americas, brought shutters to […]